Consultancy in the electronics manufacturing industry 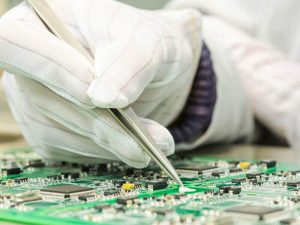 Consultancy in the electronics industry

PIEK has been active as a consultant for years when it comes to solving or preventing quality problems of its customers in particular. But the customers also know how to find PIEK as a sparring partner when it comes to new developments in the market. “We support companies working in the world of circuit board development, circuit board manufacturing, circuit board assembly, box building and repair. Usually, it is asking with regard to quality, whether the products meet the required quality requirements, the IPC standards. More often we write the specifications for printed circuit boards or assemblies for large companies. The IPC standards are tightened for the various applications such as high temperatures, huge temperature fluctuations, vibrations or other environmental conditions to which the final product may be subject.

Or are you looking for independent and well-founded advice during a discussion with your customer or supplier?

Furthermore, the customers now know how to find PIEK when it comes to:

PIEK also has a test center where you can have your products and the products of your supplier tested to see if they meet the agreed standards. Tests that PIEK can perform for you are:

Do you learn the hard way?

The case of the multi-million-euro damage claim by a German car producer.

These days damage claims are becoming increasingly common in business. Damage claims are basically a logical and justifiable phenomenon, as manufacturers guarantee the products that they supply. Slack quality checks may be costly and even fatal, and observing IPC standards prevents manufacturers from learning the hard way. PIEK has been a sparring partner for years and is at the heart of claims disputes as an expert assessor of the validity of buyers’ claims.

Upon receipt of the electronic controls the German car producer took a number of samples for pre-production spot checks. While testing the samples electrical, mechanical and temperature aspects were assessed. Even a number of critical soldered connections were checked by X-ray.

However, at the same time the rest of the batch was distributed to the production companies, and the electronic controls were fitted into the cars.

The results of the tests only became available after all the electronic controls had been fitted into the cars. The X-ray inspections of a few conventional plugs revealed that there were air pockets in a few soldered connections in the plated-through holes.

This led to the German car producer submitting a multi-million-euro damage claim with the electronics supplier. This supplier immediately contacted PIEK, because he knew that PIEK could give an authoritative second opinion being an independent expert.

PIEK explained to the electronics supplier to what extent the checks executed by the German car producer matched the requirements he had made of the products, namely IPC-A-610E class 2, with only exceptions in class 3.

After this explanation by PIEK the electronics supplier was well-prepared for the talk with the car producer, and thanks to PIEK’s second opinion the end result was that the car producer dropped his claim.

A technological company was uncertain if the bow & twist of a PCBA fulfil the IPC-A-610 Class 2. PIEK’s expertise was called on in order to analyse whether the bow & twist of the PCBAs supplied did in fact satisfy the standards set.

Bow & twist are subject to various criteria. These are established in IPC-A-610. It may be necessary to test the bow & twist to prove that there is no tension being created in the print board which could cause soldered connections to crack or damage components. PIEK advised the technological company to always establish the maximum bow & twist in the purchase order.

A producer in the metalworking sector approached PIEK with the following problem. The company wanted to know if ESD damage could occur during the production process on the electronic modules they build in to the final product. The reason to ask PIEK for advice was the fact that PIEK enjoys an international reputation in the area of IPC certification and ESD audits according to the IEC-61340 5-1, so it has very broad experience in the field of ESD.

The investigation PIEK carried out revealed that a number of things during the production process were not being carried out based on the IEC standards. PIEK told them what measures needed to be taken to satisfy the IEC-61340 5-1 standard. The producer adopted the measures and there were no defects caused by ESD in the ICs anymore.

A market leader in the healthcare sector was having problems with the vertical filling of a soldered connection when soldering a large shielding. Despite its own expertise, the market leader was unable to solve the problem. PIEK was asked to help in resolving the problem. After analysis by PIEK, it appeared that several solder joints where not in conformance with IPC-610 class 2. The market leader’s problems were solved within two days by making adjustments in the handsolder process, choosing a special solder tip in a nitrogen environment. They could then deliver its products to its own customer.

A manufacturer developing global activities in the energy sector, and a supplier to various customers in different segments, was having problems with the Solderability of the purchased PCBs. They have not being assembled by the company itself but by the supplier. The supplier had carried out the solderability test based on the J-std-003 standard. The outcome was that the PCBs were being rejected because they did not satisfy the standards. PIEK was consulted and carried out the following activities to get behind the problem. In the first place, the PCBs were tested at an independent laboratory. The test results revealed a number of problems. Once it became clear what the cause of the problems was, PIEK was able to adjust the specifications of the PCB together with the supply chain engineers and the problems were solved.

A manufacturer operating globally in industrial applications had a problem with the PCBAs it had delivered to a Chinese company. The Chinese manufacturer was of the opinion that the PCBAs delivered did not meet the specifications it had asked for. PIEK was asked to check the PCBAs based on IPC-A-610 class 2 and report on the results of the tests. During the inspection it appeared that the remarks of the Chinese manufacturer were entirely correct. Based on the investigation, PIEK made some proposals to improve the production process. Once those proposals had been implemented, the problems were solved and the manufacturer could deliver his PCBAs to China again with complete confidence.

A manufacturer of PCBAs was uncertain of the quality of the PCBs being delivered to it. PIEK was asked for a second opinion. PIEK carried out tests, analysed the PCBs delivered and came to the conclusion that the product satisfied the quality requirements set in the IPC-6010 series class 2. The PCBA manufacturer was happy with the results and could start assembling the products and shipping them to its customer.

A Top Three company in the high-tech market had a problem with a PCB supplied to it provided with a peelable solder masker. Once the PCBs had been soldered with the help of reflow and a wave soldering process, it was no longer possible to pull the peelable solder masker off the PCB. The mask was overheated through the various soldering processes. The company had already made several attempts to remove the peelable solder masker, but had failed to do so. PIEK was asked to come up with a solution for this problem. PIEK got in touch with the supplier of the PCBs. Based on the specifications delivered, PIEK developed a procedure to remove the peelable solder mask and enable further assembly of the PCB. PIEK also made sure that the employees were trained in the new procedure. Thanks to the new procedure and the trained employees, the high-tech company was in a position to successfully repair 1000 PCBA’s and deliver them to the market.

A manufacturer developing global activities in the energy sector, and a supplier to various customers in different segments, was having problems with the Solderability of the purchased PCBs. They have not being assembled by the company itself but by the supplier. The supplier had carried out the solderability test based on the J-std-003 standard. The outcome was that the PCBs were being rejected because they did not satisfy the standards. PIEK was consulted and carried out the following activities to get behind the problem. In the first place, the PCBs were tested at an independent laboratory. The test results revealed a number of problems. Once it became clear what the cause of the problems was, PIEK was able to adjust the specifications of the PCB together with the supply chain engineers and the problems were solved.
Page load link
We use cookies to provide you with a better web experience, to analyze the traffic on the site, to personalize content and to place targeted advertisements. Read more about how we use cookies by clicking on Privacy Policy. Click the "I agree" button to continue to use this site. I agree