During the Repair and Rework, IPC-A-610 or IPC-7711/7721 training courses quite often we get the question which microscope or magnifier is most suited for the visual inspection of a printed circuit board assembly. An answer to this question is not so easy. 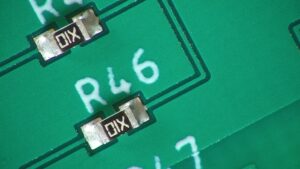 Nowadays for the visual inspection of Printed Circuit Board Assemblies the operators often use digital microscopes with autofocus. This may have many advantages:

Just as with analogue microscopes quality is an important factor. Especially the autofocus options show a lot of differences in quality. One system in use with PIEK trainings is the VISUS C MORE FULL HD (FHD) Magnification. This system has a very good autofocus. Other systems sometimes fail when for example the board is tilted to check the heel fillet of a Gull-Wing component, and the autofocus adjusts itself to the wrong part of the component.
Before buying a system it is important to do some testing to make sure that it performs up to the expectations. 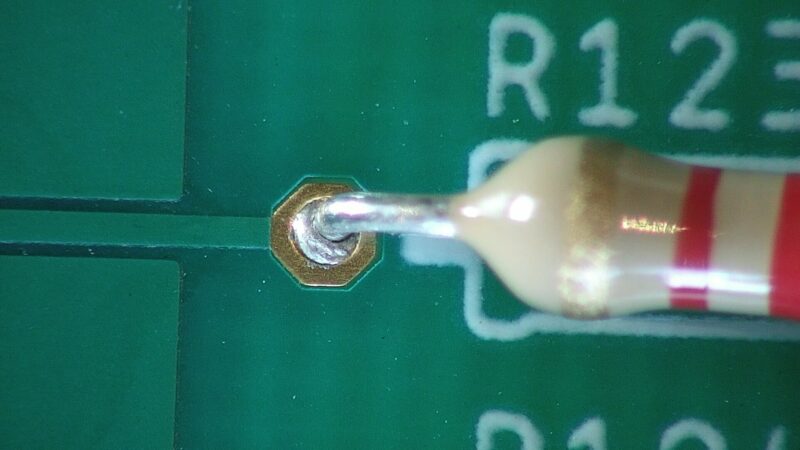 If a layperson would look at this picture, he might say that this digital image with autofocus is not sharp. But for the connoisseur it is obvious. He wants to have a look at the solder in the plated through hole and can see that the solder has not wetted on to the component lead. The autofocus has focused on this part and not on the component housing.